Feb 11, 2021 A New Life In The Sun Business WIPE OUT on Spain's Costa's For British Expats, spain news 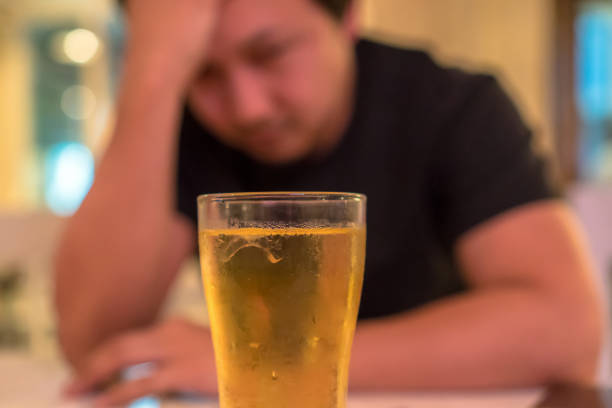 Grant Shapps announcement yesterday that Brit’s can basically forget about summer holidays in 2021 has left struggling British bar owners and other businesses in Spain facing wipeout.

As the news broke yesterday as the government minister made his message loud and clear across the British nation – in Spain it left British ex-pats crying in their unsold beer.

For those who haven’t already closed down, shut up and headed for home, the reality was harsh yesterday as the minister made his latest statement of British holidays being over until the whole country is vaccinated and threats of 10-year jail sentences for those sneaking a holiday.

Although it was likely and has been for several months now, Brits who have made their way to the sunnier climes of Spain to start businesses which are mainly based on the hospitality industry, reality hit home hard.

“We are now totally screwed,” one bar owner in Spain’s popular resort of Fuengirola told Global247news lat night, “That statement brought it home hard, but now we face the reality, we have lived off hope for months now, but even that’s now gone,” he said holding his head in his hands as he locked up at 6 pm with just 2 regular clients in his establishment.

Spain as a nation with a recently recorded 280,000 bars – has already seen 85,000 close permanently in the last 12 months, many of them owned and operated by British ex-pats on Spain’s Costa del Sol & Costa Blanca, moving to Spain for a ‘new life in the sun’

As the news spread yesterday of the British government’s intentions to keep everyone safe and well and to force them to stay in the UK, high volumes of numbers started adding to the 85,000.

Property entrepreneur and landlord Michael Issac, residing in Puerto Banus revealed how he had been on the phone all day to tenants who were still operating.

” I have spent the day on the phone all day to tenants – totally distraught tenants – who now know its all over for them, quite frankly its been emotional and heartbreaking as they face the reality.

” I think we all knew deep down it was coming but were living on hope but that was extinguished today, the majority of calls were from good honest tenants who have simply run out of funds and into the banks for thousands in loans, they hoped to repay from 2021 trade, but sad to say it’s just not going to happen.

” I’m just letting them out of their leases, they have nothing left and I’m not going to add to their misery, these are good people who have worked all the hours under the sun to try and make a success, its no fault of their own and they don’t have anything left anyway” he added.

Since the pandemic started, bar and restaurant owners have had it tough, first, they were forced to totally close and now just after they were allowed to reopen – restrictions were forced upon them limiting numbers and hours, a move by the Spanish governors that ensured the government didn’t have to foot the bill for closures.

” It’s been a carve up really by the Spanish authorities, they knew we were on limited foot flow with little tourism around but they gave us limited hours with heavy restrictions which have basically starved us out without having to pay grants etc for closing us – whilst landlords at home and pub owners can claim for closure, we get zero here really, the odd concession when it comes to taxes but there’s no tax to pay when you haven’t got ‘punters’ anyway,” told Simon Dewsberry in Marbella as he now prepares to become another statistic.

It’s not just on the Costa del Sol either, further North, up the Costa Blanca it’s the same grim picture.

Benidorm, once the golden town for holidaymakers, now sitting empty with more downed roller shutters than people, the news for many was a devastating blow for a town that totally relies on tourism and vibrant bars and clubs as one bar owner yesterday described it as ‘Wipe Out’

“It’s wipe out now, the dream is over, not just for me but everyone, no one has the money now to survive, hundreds of businesses have already closed and far more now are going to follow, 2021 was the ‘summer of hope’ but now it’s going to be a wipeout, unfortunately – it’s all over, we personally unlike others tried to hang on, we should have in reality gone when they went,” he said.

“People have lost everything apart from the clothes on their back, around here we have mass depression, it’s not just us bar owners, it affects all trades associated with hospitality, suppliers, entertainers, cleaners – the lot

“This will now be a total wipeout for the majority” he finished.