Feb 10, 2021 Royal Oldham Hospital ordered by health watchdog to get its act together 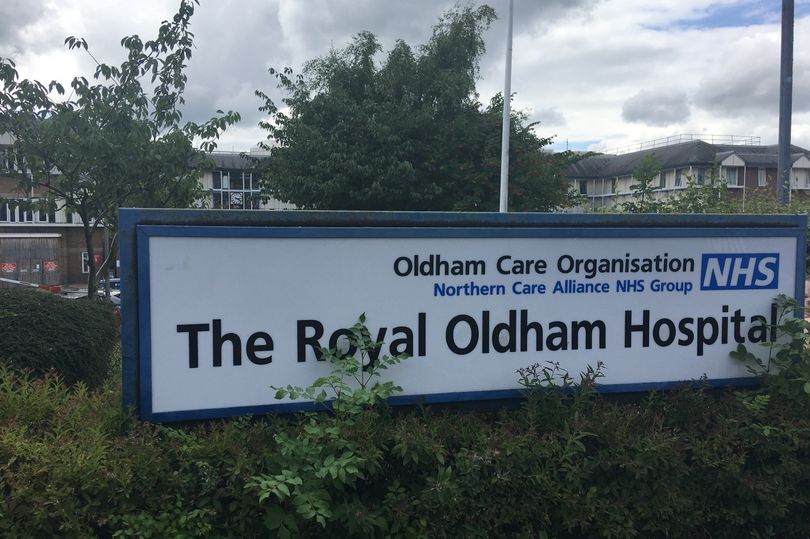 Royal Oldham Hospital bosses have been ordered by the health watchdog to improve the quality of care in A&E after inspectors found problems with training, staffing levels, waiting times – and infection control blunders.

The Care Quality Commission (CQC) launched a surprise inspection of Oldham’s Emergency Department at the peak of the second wave in November, a time of huge pressure for hospitals in Greater Manchester, particularly Oldham where Covid infection rates had been consistently high for months.

That month, 271 patients attending the department waited longer than 12 hours to be admitted, while inspectors also found a ‘deteriorating’ picture in ambulance handovers and the four-hour standard to admit, treat or discharge patients.

Patients, the report said, were being treated in the corridors, including receiving injections and having catheters inserted.

Their findings showed problematic infection control, including ‘inconsistent’ use of hand gel, a lack of social distancing in corridors for staff, patients and paramedics, medics treating patients without proper PPE – and they saw a relative being directed to the urgent care unit without being first screened for Covid.

The inspectors also highlighted positives, including strong leadership – and said the Trust had taken ‘immediate action’ to address their concerns.

In a statement, the trust apologised to patients for infection control practice which was neither ‘acceptable nor our usual high standard’ and highlighted a raft of changes they had made in light of the report.

However, one community activist in Oldham said they were not surprised by the ruling, adding: “I dealt with a number of complaints from patients with exactly the same themes coming up last year.

“We could see they were struggling to deal with many issues in-house and raised them with the management.”

Jim McMahon, MP for Oldham West and Royton, said patient safety and infection control during a pandemic was ‘vital’, and that the hospital had recognised its practices last year had been ‘unacceptable’ also pointed to huge pressure felt by staff, compounded by the demands of the pandemic and years of underfunding for the NHS.

The ‘Urgent and Emergency Service’ at the hospital, which is part of the Northern Care Alliance NHS Group, was inspected following reports to the CQC from both staff and patients over ‘concerns about the safety of care’.

It led to the rating for this department being downgraded from ‘Good’ to ‘Requires Improvement’.

The CQC told the trust to take action due to concerns around the ‘potential significant risk of harm to patients’.

Infection Control: “On multiple occasions, we saw that staff did not adhere to hand hygiene protocols.”

Waiting times: “We saw ambulance crews having to care for two patients whilst they waited to be handed over to hospital staff in order to release the other crew and ambulance.“We saw staff taking a patient’s history on the corridor near other patients, and other staff members delivering care, inserting a catheter and giving an injection on the corridor.”