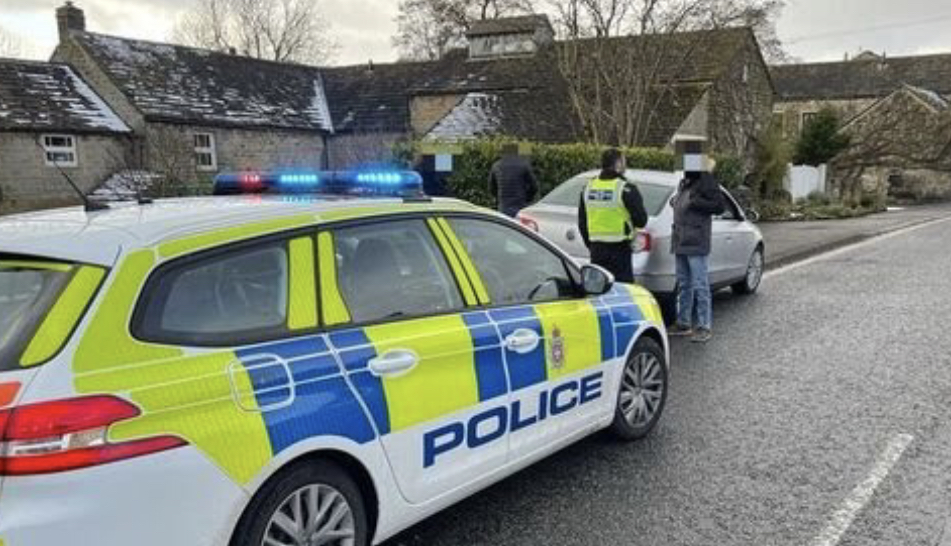 They were pulled over by police in a silver Volkswagen in Baslow, near Chatsworth House, after driving from London on Tuesday.

Officers from Derbyshire police told them they would be fined for breaking lockdown rules.

However, things got worse for them when police carried out further checks, Derbyshire Live reports.

They discovered the man behind the wheel didn’t have a valid driving licence as he was relying on his Albanian one which expired after 10 years of residency in the UK.

Police then seized the car so the men were left to find another way to get back home – 150 miles away.

In a post on Facebook, the Bakewell, Hathersage and White Peak Villages Police Safer Neighbourhood Team revealed what happened.

The post read: “Baslow. Three visitors to Derbyshire from London because lockdown is ‘boring’.

It comes a day after two people from Luton were fined by Derbyshire police on the A537 Cat and Fiddle near Buxton.

On that occasion, the people in the car told officers they had come “to take photos of the snow”, something that is a breach of current lockdown rules.

Their car was also seized when the driver was found to have no licence.

Last month a dad ignored the lockdown to drive 350 miles with his kids in the car to get a kebab before crashing on the way home.

The driver, who had no licence or insurance, also had his wife in his vehicle when he crashed on the M5 near Portishead, Bristol.

He told police they had travelled from Exeter to Coventry to pick up a kebab and were on their way home when the smash occurred.