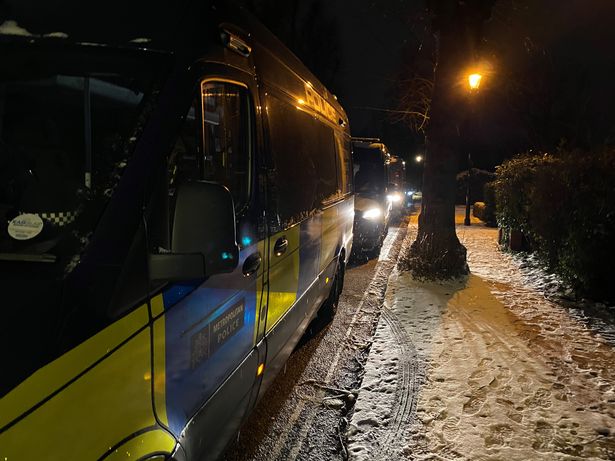 Five men and one woman have been arrested on suspicion of modern slavery offences in London and Essex, which included human trafficking, controlling prostitution, and keeping a person as a slave.

One address visited in Hayes was identified as a brothel.

Those arrested are aged between 30 and 55 years-old. While it is unclear at this stage exactly who was arrested for which offence, at least three were arrested on suspicion of keeping a person in slavery.

The arrests were part of an ongoing operation investigation to target an eastern European Organised Crime Group (OCG) who are believed to be trafficking and exploiting people brought to the UK from Poland.

Searches at the addresses are ongoing, and enquiries continue. But the “true scale” of these crimes are yet to be uncovered, according to one detective.

Detective Superintendent, Andy Furphy from Central Specialist Crime, said: “This investigation will continue as we look to find everyone involved and uncover the true scale of this illegal operation. Unfortunately, this type of exploitation is still happening across London and the UK.”

Police believe there are victims of modern slavery in every borough across London, which the public may encounter every day, possibly without realising.

As well as being sexually exploited, victims of slavery have been found working in construction, agriculture, cannabis factories, as well as places we use ourselves, such as car washes, barbers and nail bars. They have also been discovered in ‘domestic servitude’ – for example, working in a private home as a cleaner.

DCI Furphy said: “Often those affected do not see themselves as potential victims of sexual exploitation and many will have been coerced into this life to make money for an organised crime network.

“Victims are often told the police and authorities in the UK are not to be trusted and with limited English are unable to seek help, even if they want to.”

Police want to remind the public of the important role they play in recognising and reporting modern slavery.