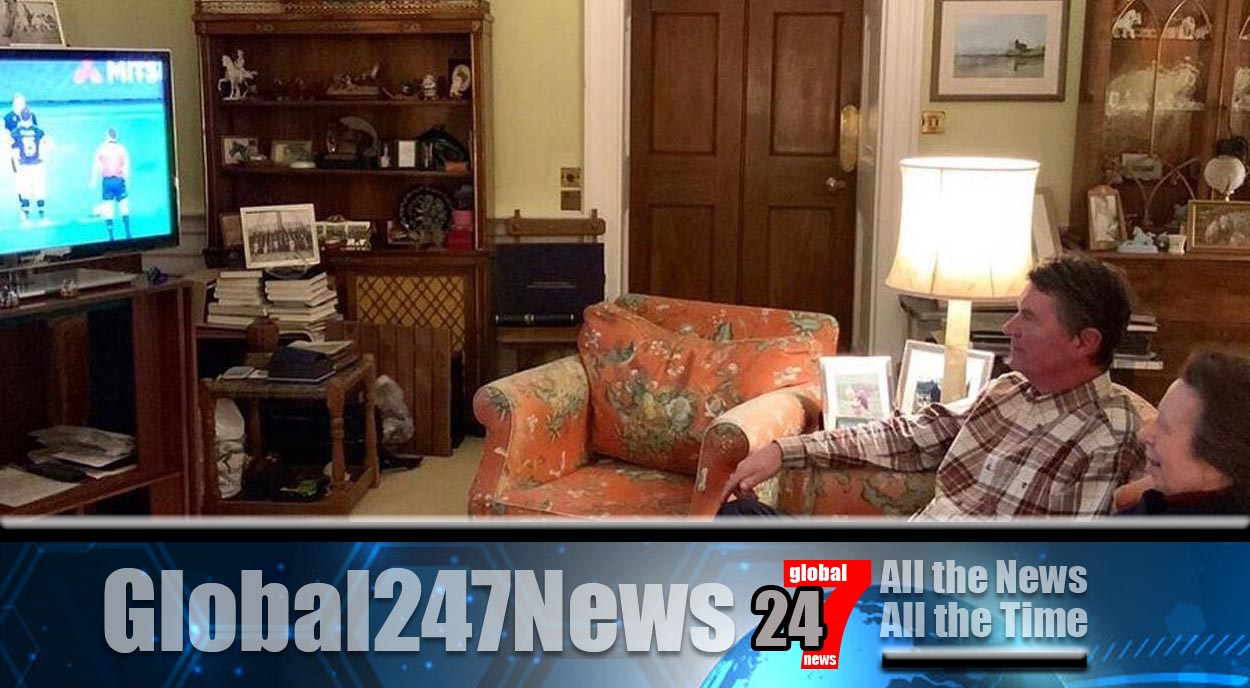 On Saturday the nation got a rare glimpse inside the home of Princess Anne.

Rare glimpse inside Princess Anne’s “cluttered” living room: Royal family social media posted a photo of her and husband, Sir Timothy Lawrence, watching rugby. Queen Elizabeth’s only daughter was watching Scotland in the Calcutta Cup on TV. She is the patron of the Scottish rugby team. The couple are seen relaxing on an orange sofa enjoying the game.

It is highly likely the photo was taken at Gatcombe Park, Gloucestershre. The Princess, 70, spends the majority of her time there. The picture shows a cosy and “lived in” feel. Her cabinets are seen to be full of nik-naks and figurines. Several photos of her family are placed around the room. A beautiful photo of her daughter, Zara Tindall’s, christening takes pride of place on top of a cabinet.

It is placed next to a picture of her two children, Zara and Peter Phillips. Anne, who competed in the 1976 Olympics equestrian events, also has various photos and figurines of horses featured showing her love of animals. The Royal Family Instagram account wrote alongside the photo “Her Royal Highness and Vice Admiral Sir Tim cheered Scotland on from home today as they played England for the Calcutta Cup, 150 years since their first match.”

In 2019, the Princess Royal attended the Six Nations international rugby union match between Scotland and Wales in Edinburgh, handing out the trophy at the end of the game.