Feb 9, 2021 Man jailed for putting courgette down his trousers and stroking it in public 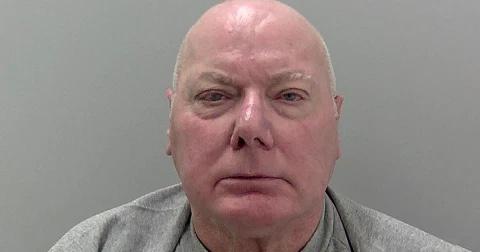 A man who thought he would his mood by standing in a town centre rubbing a courgette he put down his trousers has been jailed.

Geoffrey Chambers, 66, made eye contact with women in Hereford as he stroked the gourd that was in his tight leggings.

One of those women was the wife of a police officer who called for back-up to arrest the serial pervert.

When they arrested him, they searched his car where they found more courgettes. During his trial, it also emerged that he had carried out similar offences in Swansea and Cardiff but had only received a warning.

A witness who was out shopping with her teenage daughter said she was so disgusted by what she had seen that she felt sick so went home.

Just two months earlier, Chambers had been released from prison where he was serving a sentence for two attempted child sex offences. In total, he has 31 convictions for indecent exposure.

He told police that performing the act would ‘help him out of a low mood’, his defence lawyer said, and he apologised for what he had done.

Chambers claimed that it was meant to be a light-hearted joke and he did not mean to convey any sexual connotations.

He was jailed for eight months.