Feb 8, 2021 Mother and daughter forced to dig their own graves before being buried 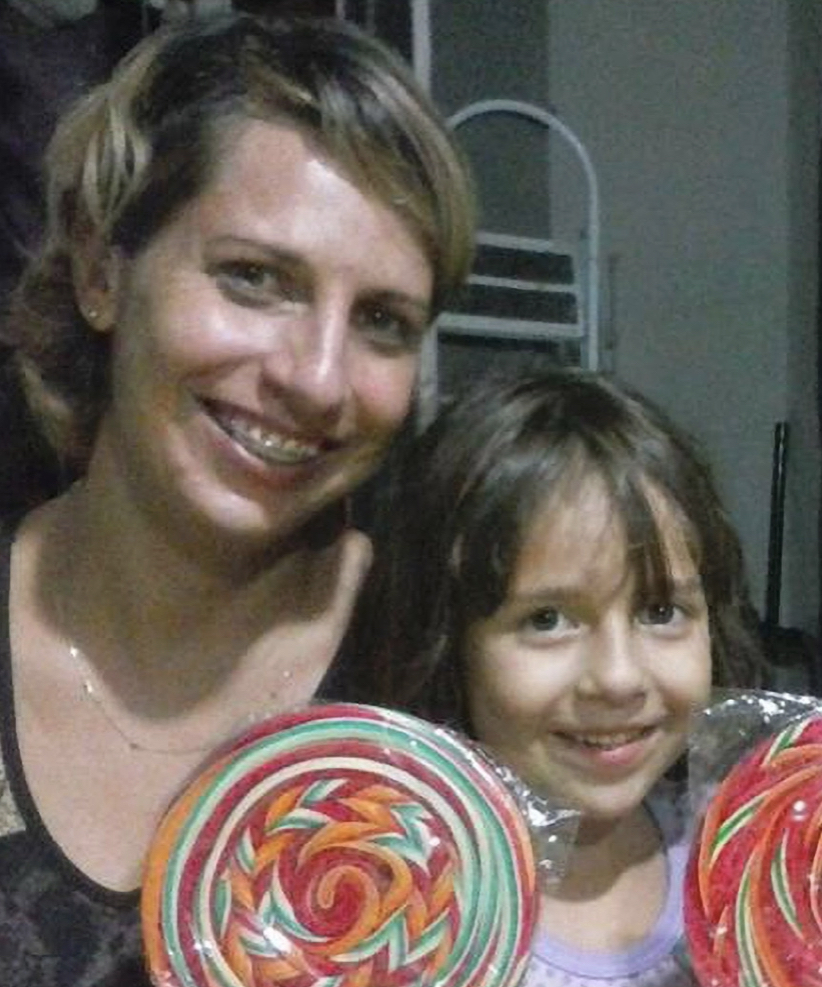 A WOMAN and her nine-year-old daughter were allegedly forced to dig their own graves before being buried under a patio by the mum’s runaway partner.

The shocking claim was reportedly made by the dead woman’s teenage daughter during an interview with homicide detectives in Brazil.

Their bodies were later found underneath a patio in the backyard of the family home in the municipality of Pompeia, in Sao Paulo.

Analysis of their remains revealed Cristiane had been stabbed with a knife while Karoline had received a blow to the head.

Police officers made the grim discovery on February 2, after becoming suspicious of recent groundwork at the property.

Psychologist Belinato had previously given statements to the police when the pair went missing but was released.

However, since the two bodies were discovered, police have not been able to locate him.

Neighbours claimed Belinato did not allow the teenager to leave the house and was said to be very controlling.

According to Globo, the 16-year-old daughter has also been arrested for being involved in the crime.

Police chief Claudio Anunciato Filho said they believe Belinato may have been involved romantically with his older stepdaughter.

Detectives said the teenager indicated her sister’s body was buried near a plastic pool in the yard, which is where officers found it.

Police initially went to the property to investigate after reports that the teenager was in danger.

Police chief Filho said: “The girl said that her mother left with her youngest daughter after meeting a new boyfriend, but the statements were contradictory and we went to investigate.”

The police also found Belinato had been accessing the victim’s bank account, into which a redundancy payment had recently been made after she lost her job.

Police believe the deaths occurred in late November and the bodies had been buried at the property since then.

Belinato’s car was last seen in the municipality of Presidente Prudente, some two hours away by car from Pompeia.