Philip Schofield one year on after gay announcement

Feb 7, 2021 Philip Schofield one year on after gay announcement 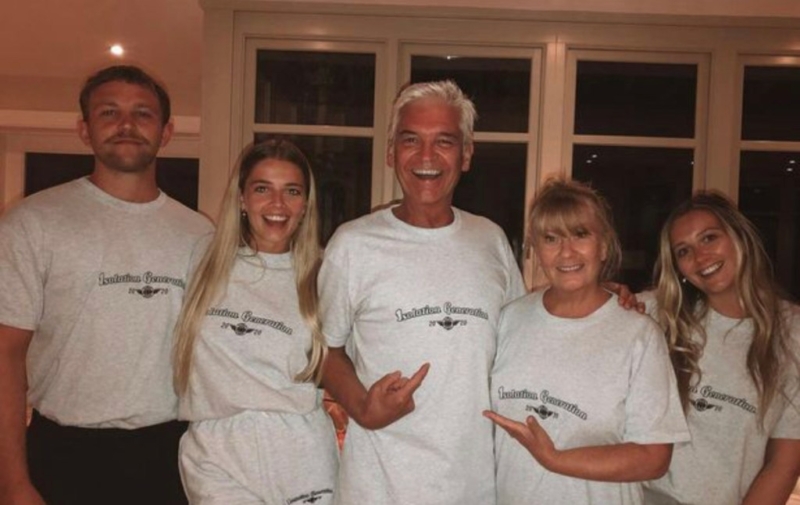 It was a year ago today that Phillip Schofield bravely took to the This Morning sofa and bared his soul to the nation, admitting that after 27 years of marriage, he had realised he was gay.

The TV presenter made the emotional announcement with the full support of wife Stephanie and their two daughters Molly, 28, and Ruby, 25, explaining how his family and their love had helped him through his torment.

So what does life look like for Phil 12 months later?

No sooner had the star made his announcement then the coronavirus pandemic struck, and he locked down at the £2million family home in Henley, Oxon.

He used his downtime to put pen to paper and document his journey in his autobiography, Life Is What You Make It, and come September he was believed to have splashed out £2million on a large semi-detached bachelor pad in Chiswick, London.

At the time, neighbours told the Daily Mail that Phil had moved in two weeks earlier and that they’d seen him around the property regularly since.

One neighbour said: “It’s caused quite a stir since he’s moved in and got people very excited. He seems like a very nice man and quite normal. You see him walking or cycling mainly and he smiles every time he goes past.”

Another added: “There are quite a few famous people already living around here so Phillip Schofield moving in is not a big deal.

“A lot of people have been talking about it, but nobody bothers him. He’s a lovely bloke and I’m sure he’ll enjoy living in our community.”

Phil reportedly also applied to convert a garage back at the family home into a bachelor pad, with plans to knock down one of the garages and build a new place with floor-to-ceiling windows, a sitting room and a posh new kitchen.

According to The Sun, there will also be a guest bedroom and an ensuite bathroom.

A source told the site: “Phillip and Steph are getting on really well and are in no rush to make any big decisions.

“This annex can be used by any member of the family at any time – and is a great investment long-term, adding value to the property.”

Indeed, despite constant chatter about exactly when Phil and Steph will file for divorce, four months ago the former Broom Cupboard host confirmed that it wasn’t even on the table.

I’m still married to Steph. With divorce… we’ve not discussed that at all,” he told Chris Evans’ podcast, How to Wow.

“We’re picking our way through. It’s a work in progress.”

At the time of his coming out, Phil confirmed that there was no-one else on the scene and insisted that finding a new partner was way down his list of priorites.

Asked by Holly if he was looking for a new relationship, he replied: “No, I don’t think so. No, I’m not thinking there. I’m doing each day at a time now and this has always been a slow process.”

But last year, chat show host Graham Norton cheekily joked that Phil could have a top-secret lover stashed away.

“I imagine Pip has some secret boyfriend squirrelled away somewhere. I’m sure he has. I don’t know Pip. I don’t know why I’m calling him Pip,” Graham teased on the How to Wow podcast.