Feb 5, 2021 Woman baffled between her left and right gets directions tattooed on her hands 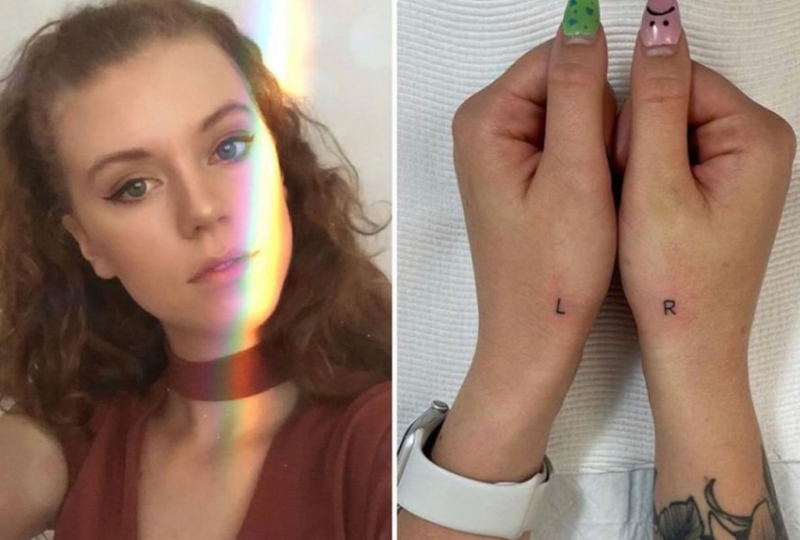 A woman who struggled with directions for years has finally found a permanent solution.

D’Kodia Laine, 23, found this stuff tricky so she wound up getting a tattoo to avoid it from happening again.

She went to see tattoo artist Lauren Winzer at Hunter & Fox, a studio not far from Sydney, Australia.

The student had the directions tattooed on her hands and claims to have had funny reactions from her pals.

Speaking to Daily Mail Australia, she said: “I just got a lot of laughing back and [messages] like ‘oh you were being serious!’”

Even her boyfriend is delighted for D’Kodia who won’t struggle to tell her left and right anymore.

Growing up, the communications student faced a lot of ridicule for finding it difficult to navigate.

She added: “My friends would joke about how silly it looks having an adult make the L shape with your hands to differentiate.”

But it all became serious for D’Kodia when she instructed a driver to take “a few wrong turns”.

At first it started out as a joke with her friends that she should get L and R tattooed on her hands.

But then it became reality…

Now since she’s had the ink done, it has been shared on the tattoo artist’s Instagram account, where she has over 219,000 followers.