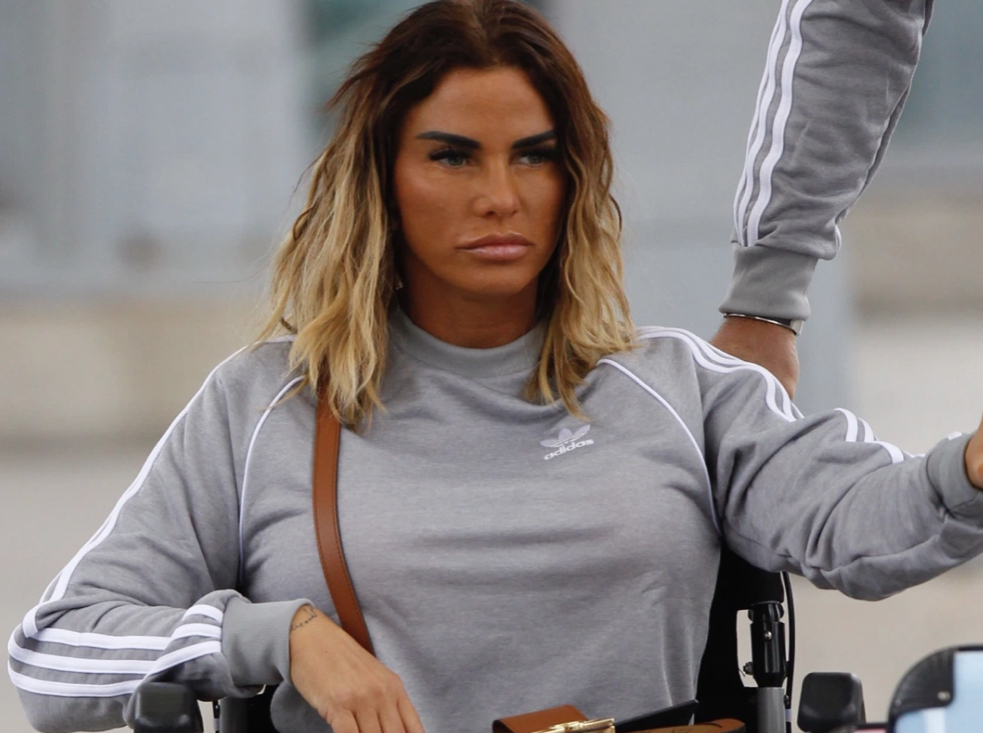 KATIE Price fears she’ll become addicted to painkillers and is refusing to take them for her injured feet.

The Sun exclusively revealed the 42-year-old has been declared disabled following a life-changing accident in which she broke both her feet falling from a 25ft wall in Turkey last year.

And she is now gritting her teeth through the pain as she continues her recovery from an eight-hour operation that fused her bones together.

Katie said: “I’ve been given two sets of painkillers but I can’t take them because I’m scared of becoming addicted, so I’m just in constant pain.”

The mum-of-five can only walk for 20 minutes at a time before needing a wheelchair to take the weight of her feet.

I’ve got a limp when I walk now as one leg is longer than the other because of all the metal in the foot — I waddle like a duck. It does make me feel a bit paranoid.”

After more than a year clean from drink and drugs, Katie doesn’t want to undo her hard work by becoming reliant on painkillers.

In 2019, Katie turned to alcohol and cocaine to help deal with a series of traumas in her personal life.

Her relationship with Kris Boyson fell apart, her mum’s terminal illness weighed heavily on her mind, and she was in dire straits financially.

Speaking on her reality show last year Katie said of her darkest moments: “I mean, there’s only so much I can take as a human being.

“Traumas from the exes, the media giving me a hard time with constant bull**** stories. I’ve had two dogs that have died.

“It got to the point where I literally can’t talk to anyone. My mum is terminally ill. I don’t want to stress her out. Yeah, I turned to coke and I turned to drink.”

Stricken Katie admits she is “living a nightmare”, as the accident has had such a huge impact on everyday jobs.

She is also considering suing the Turkish hotel where she suffered her devastating fall.

She revealed: “I’m getting some legal advice at the moment.

“I’m not usually the kind of person to do something like this, but this has had a massive effect.

“When it’s cold, my feet ache at night. I can’t get rid of the constant pain. Once I sit down I can’t get up again because it hurts too much.”