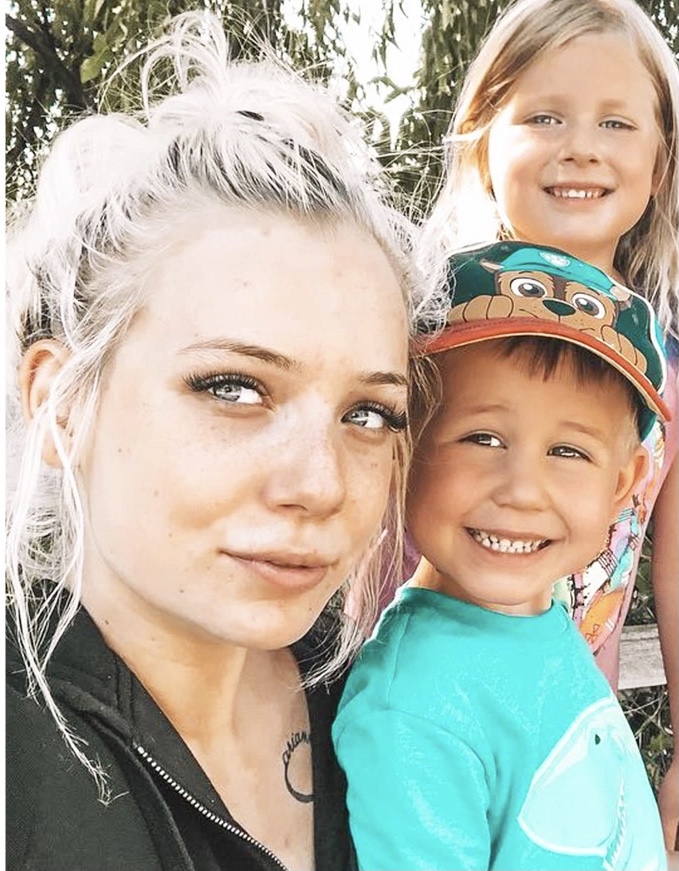 A MUM-OF-TWO has sparked fierce debate online after she admitted to smoking weed every day – and insisted that it actually makes her a “better mum”.

Caitlin Fladager, 27, lives in Vancouver, Canada, where recreational and medicinal marijuana use is legal.

Posing in front of a board reading: “Mom truth: weed should be just as acceptable as a glass of wine”, the mum says marijuana helps with her anxiety and allows her to sleep better at night.

Opening up about her daily weed use with her 346k Instagram followers, Caitlin wrote: “It’s so funny to me how frowned upon marijuana is.

Caitlin got pregnant with her high school sweetheart Noah when she was 18 years old and the married couple now shares two children, Adriana and Jack.

She continued: “I have never been the most patient with my two kids.

“Weed makes me a better mom, as I get a good nights sleep after I smoke. I wake up well-rested and with a more clear mind.”

In an attempt to reassure other parents, Caitlin added: “It’s okay to smoke weed after your kids go to bed.

“It’s okay to smoke it to help with anxiety. Mine has been SO much better since I started smoking.

It’s okay to smoke it to gain weight. I’ve always been dangerously underweight. Now, I am at the healthiest weight I have ever been in my life.”

Insisting that her daily marijuana use has improved her mental health, the mum wrote: “I was able to completely stop my anti-depressants because smoking helped me so much.”

Caitlin also claimed that she used to have a problem with alcohol before she started smoking weed every day and now no longer feels the need to drink at all.

She concluded the post: “Marijuana is my glass of wine. It’s my can of beer.

“It’s my relaxation time. You can still be a kick ass mom, and smoke weed.”

Although the overwhelming majority of Caitlin’s followers supported her daily smoking habit, a number still took issue with it.

Arguing that it’s “not safe” for her children, one follower replied: “If you smoke weed every day or you drink every day this is a problem!

“Regardless whether you have children or not but I guess if you’re responsible for another person you should not drink or smoke. Especially when you’re home alone with children.

“That’s my view on things. Obviously, one glass of wine is fine, you can still drive and take kids to the hospital in case they need to go.”

Arguing that using marijuana as a coping mechanism makes you “unlearn how to handle stress”, another added: “My kids drive me insane but never would I smoke weed. Not gonna blame my kids for an excuse to get high.”

However, a third argued: “I see NO problem with smoking weed as a parent.

“As long as you aren’t doing it with the children around and it’s not putting them at risk then I see no problem. “