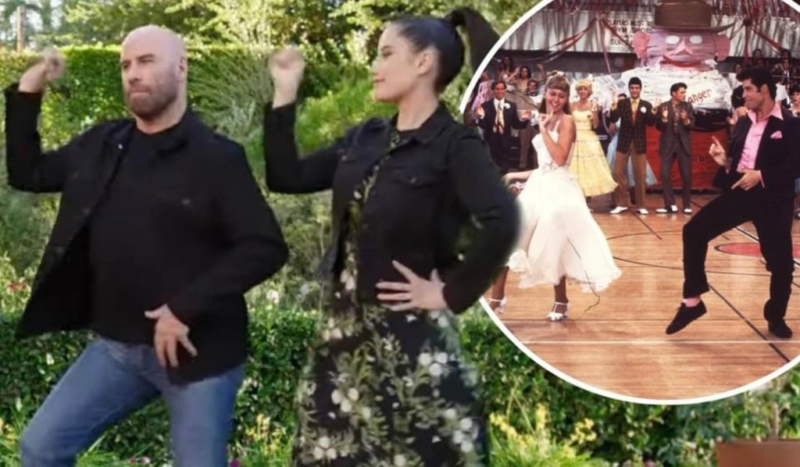 It may have been over 40 years since he played the role of Grease’s Danny Zuko, but John Travolta has proved he’s still very much got the moves.

The 66-year-old actor recreated the famous dance scene from the 1978 hit movie alongside his only daughter, Ella, this week.

The duo starred in a Super Bowl advertisement for gardening company Scotts Miracle-Gro alongside various other famous faces, including Martha Stewart and Carl Weathers.

Martha, 79, is seen tending to tomatoes in her garden while Carl, 73, enjoys a spot of golf in his.

The camera then cuts to John and 20-year-old Ella as they set up the camera phone for their dance.

Dad, it’s the red one,” Ella instructs John, as he quickly replies: “I know.”

However, she then corrects him and adds: “The other red one!”

Ella completes her look with a pair of black trainers and a slicked-back ponytail as she recreates the dance that John did alongside Olivia Newton-John in the much-loved film.

However, instead of dancing to Born To Hand Jive, the father and daughter duo instead dance to the Surfaces song Sunday Best – which became popular in 2020 on TikTok.

“He’s still got it,” Martha says after peeking through her tomato bushes.

John and Ella, as well as the actor’s young son Benjamin, suffered a terrible tragedy in July 2020 when Kelly lost her battle with breast cancer at the age of 57.

In August last year, John shared a video of himself dancing with Ella in memory of his wife Kelly.

My daughter @ella.travolta and I dancing in memory of momma. One of Kelly’s favourite things to do with me,” John captioned the video.

He could be seen twirling his daughter to the soft strains of jazz music, seemingly played by a trio of piano, bass and drums.