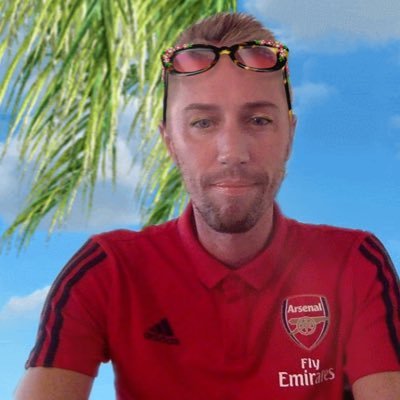 ‘Lee Gunner’ a Youtube presenter who lives in Calahonda on Spain’s Costa del Sol last night made an astonishing claim live on his show – citing to a black man in London to avoid Spain as all Spanish people are racist.

‘Gunner’ who presents his show from Spain’s Calahonda to Arsenal and other football fans across the globe and is reported to earn £4,000 a week from his broadcasts, appeared to go one step too far last night with his outlandish claim.

Arsenal fan, Liam Walters living in Spain’s Fuengirola feels that if ‘Gunner’ feels that way he should go home or even better be thrown out the country for his racist claims:

“He should be slung out of Spain for those comments – the blokes a total disgrace and an embarrassment to every British Expat that resides here in Spain, If he doesn’t like it here he should piss off back to London, although I would prefer if the Spanish slung him out for those comments”

Whilst in Benidorm, Neil Mitchell another who saw the show broadcast, contacted our newsdesk in disgust, as he said:

“What an idiot, these type of stereotype comments are a total disgrace, he should be arrested for inciting racism”

Meanwhile, Marbella football presenter, Adam Brown, who has Spanish origins was furious as he launched a scathing attack on the Arsenal show presenter.

Brown, who presents ‘Football With Brownie’ flew into a full-on rage after he witnessed the comments by ‘Gunner’.

Brown who claims he has been threatened by Gunner in the past as the presenter claimed to be coming to ‘knock his door’ after a previous spat never held back as he launched his rant.

Video below, but be warned it contains strong explicit language as Brown loses it.