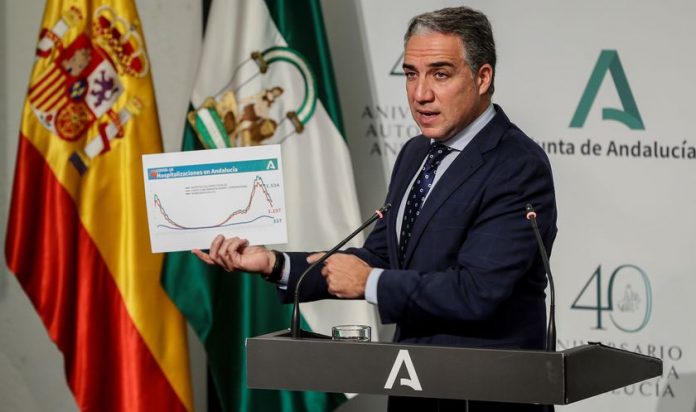 Spain’s Costa del Sol is now having yet another serious wave of Coronavirus infections – which now sees the Andalucian President pushing Spain’s government to allow another ‘lock-up’ of its residents.

Whilst Brits at home, continue with Boris Johnson’s lockdown regulations, which are soft compared to Spain, Expats living on the Costa del Sol are fearing the worst, being ‘banged up’ in total home confinement.

Being trapped inside their apartments and Villa’s and not allowed outside their homes, apart from essential trips to their nearest supermarket, whilst under the eye of numerous amounts of gun-toting Spanish police, is no joke says Barry Watkins in Fuengirola.

He told Global247news this morning: ” I see President Moreno is looking to lock us up again, it’s nearly a year now since we last had to go under ‘lock-up’ and I don’t think I could face it again.

“It’s brutal, many of us live in apartments, those without balconies are just left facing the walls for weeks on end, it’s mental torture.

“I’m dreading it happening again, I don’t think I will be able to cope this time if it happens”

Andalucían spokesman, Elías Bendodo said, “How many deaths must there be for the Government of Spain to let us make decisions?” as the local Junta call for residents to be locked up.

The spokesman said again that this third wave presents “an explosive spread” and reported that in Andalucían hospitals there are at present 4,980 patients, of whom 705 are in intensive care units. Bendodo also reported a further 106 deaths on a black day for the region in the midst of the worldwide health crisis.

Expats on Spain’s Costa del Sol are suffering much mental torture as it is, with hundreds suffering hardship as their businesses dwindle or collapse with little support whilst stranded in a foreign country.

Bendodo said that the local government “understands” the terrible situation the hospitality sectors that have been in for months, and has accused the PM, Pedro Sánchez, of not helping businesses affected by the coronavirus: “We ask that, if you do not give direct aid,  then just lower the IVA sales tax to four per cent.”

It is understood that the Andalucían Government is scheduled to make an important announcement on Friday, Feb 5, regarding even tighter restrictions and border closures for the region.

Although without Madrid’s permission at the current time full ‘lock-up’ will be off the cards, but what they can do is shut down towns completely, forcing people off the street.

Darren Davidge though doesn’t feel they will do that, simply for financial reasons, the FOREX broker from La Cala said: ” The Government are winging it, whilst they leave business partially open, they don’t have to pay out – it’s simply a game of financial chess”

Meanwhile, according to locals, the Costa del Sol won’t recover for years and hundreds of Brits have already headed home.

“It’s doomed here, it will be for a long time yet, hundreds of Brit’s are escaping, also with the new Brexit laws many will not return for so long during the winter – the days of large British communities on Spain’s Costa del Sol are over.

” It’s other Europeans moving in now, like the French and those from Germany and Belgium, they are the ones buying up the bargains as Brit’s head home – the majority of had enough and no longer is the Costa del Sol ‘Little Britain’ even the crooks have shipped out to Dubai,” said Michael Morris who’s preparing to head home.

He finished with “As for holidaymakers, they would be mad to come here if allowed, everything is shut or going or gone bust – everyone’s getting out of town”