Feb 2, 2021 Kent strain of coronavirus has acquired a mutation that could make it partially resistant 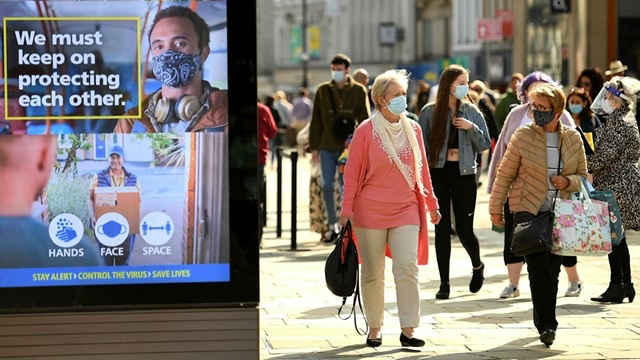 The highly-contagious Kent strain of coronavirus has acquired a mutation that could make it partially resistant to vaccines, a Sage adviser has warned.

The E484K mutation, which occurs on the spike protein of the virus, is the same change as has been seen in the South African and Brazilian variants that have caused international concern.

Professor Calum Semple, a member of the Scientific Advisory Group for Emergencies (Sage), told the BBC: “The mutation of most concern, which we call E484K, has also occurred spontaneously in the new Kent strain in parts of the country too.”

He was referring to the UK variant, which scientists call B.1.1.7 and which was first detected in Kent last autumn.

The Government is so worried about the South African strain that it has launched a door-to-door Covid-19 testing blitz in eight postcodes where it has been detected recently.

The fact that the E484K mutation had occurred spontaneously in Britain had already been reported in a technical briefing published by Public Health England, but this had not been widely noticed outside of scientific circles.

“A limited number of B.1.1.7 VOC (variant of concern) … genomes with E484K mutation have been detected,” said the summary of the briefing.

Professor Semple, a University of Liverpool expert on severe virus disease outbreaks, was speaking in the context of an interview about the issue of how to suppress the South African variant.

It came as a door-to-door and mobile testing blitz began in eight areas of England to help identify cases of the South African variant.

The plans are part of urgent efforts to swab 80,000 people, who are living in areas where cases of the highly-infectious variant have been found, in an attempt to halt the spread of the strain.

Eleven cases of the variant have been identified over the last five or six days in people who have no links to travel – suggesting it may be spreading in communities.

“But there is an inevitability with these viruses, particularly with these mutations that we’re now seeing arising spontaneously in Brazil and in the South African strain.”