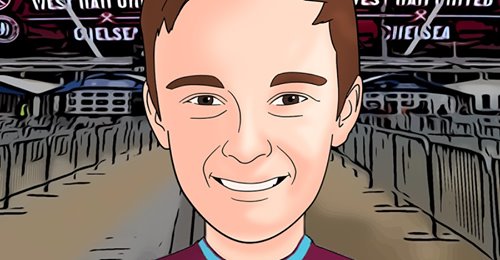 Whilst the football transfer window closed last night – Syco the company behind ‘Britains Got Talent’ are checking out a 12-year-old football presenter from Somerset.

Jake Cox, who is only 12 years old has in the last 6 months been presenting his own Youtube show on his beloved football club.

The 12-year-old from Somerset has already attracted media attention from football broadcasting companies including Bein Sports who are waiting in the wings to sign up the presenter when he becomes of age but now talent spotters from the UK hit show “Britains Got Talent” are set to make a move.

Football presenting on Youtube is a ‘new wave’ of how fans interact – growing even more popular during lockdown periods, which has seen hundreds of West Ham and other football supporters subscribe to Westham Unofficial, presented by Cox.

The 12-year-old from Somerset, according to sources associated with the company operated by Simon Cowell has now come under the watchful eye of producers, due to his witty and charming presenting.

Whilst agents are already seeking precontracts with the Youtube sensation.

“This lad is going places if he keeps this up,” said Leigh James from sports agency ‘A World In Motion’ – there’s a battle taking place right now for his signature.

Jake though is keeping it appears his feet on the ground despite all the latest attention and according to his Father Richard, simply concentrating on his school work and his evening show.

“I’m getting emails from all over the world- it only started as a bit of fun, but now it’s getting quite serious – only last week we had a former apprentice star at the door asking questions.”

Level headed Jake though is taking it all in his stride and this morning he seemed more concerned West Ham didn’t buy a striker in the transfer window.

Former Coventry striker, from when the club was in the premiership, Johnny Williams said: ” He’s a natural, it will only be a few years before we see him on national tv presenting – I’ve subscribed he is fantastic”

What Syco have in mind for Jake on a talent show still remains unclear, although Charlton player Chris Gunter hopes it remains linked to football, he said “Clearly the lad has got talent, myself and Rambo (Aron Ramsey) were only saying about it last week, although I hope he doesn’t get sidetracked away from the game of football”

All shows so far can be viewed here and subscription to the channel is free.