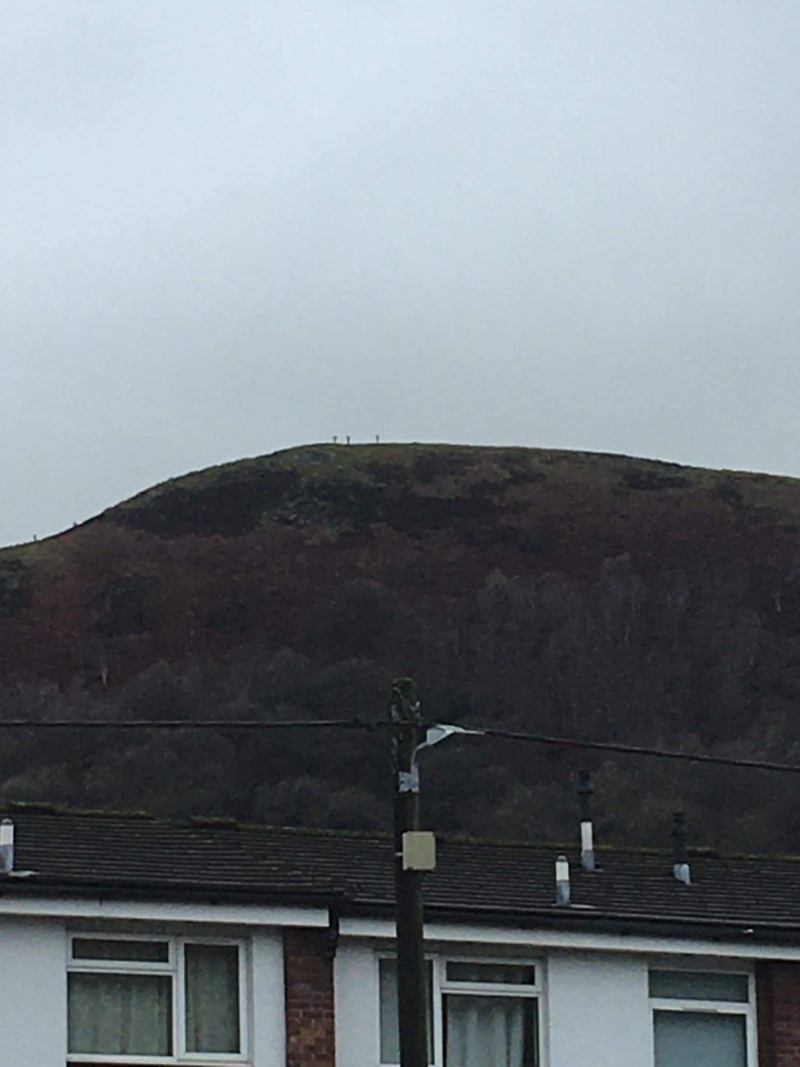 Over the weekend whilst the majority of Wales obeyed Welsh lockdown regulations a trio of serial flouters defied the regulations and taunted the South Wales Police from a mountain top.

The trio, who are apart of a group who defy regulations in Wales, took to the Garth mountain in South Wales to taunt police who had responded to flouting reports from residents in Gwaeold -Y Garth.

Eye witness Gareth Davies, a resident of the Welsh village said he called police after the unruly trio walked blatantly though the village singing songs loudly.

He said: ” They came marching through the village on Saturday morning singing ‘we fought the law and we won’ – as they passed down the main road they were kicking dustbin lids before turning up past the Gwaelod Inn towards the mountain”

Disturbed villagers called the police as the raucous took place but by the time the police arrived into the village the trio had disappeared, or so the villagers thought until they were spotted at the top of the mountain goading the police.

” They were gesturing at the cops at the bottom of the mountain with ‘come and get us signals’ with their hands” reported Sian Jones from the normally quiet village.

Villager, Ifor Williams a resident of over 60 years of the village said: “I’ve never seen anything like it here, they aren’t flouters or campaigners, they are simply overgrown yobs, the police should have brought in marksman and shot the f@ckers” raged the pensioner.

The trio didn’t appear to come down the way they went up and it’s believed they escaped via the other side entering Church Village.