Punch up in London Sainsbury’s lands one in hospital

Feb 1, 2021 Punch up in London Sainsbury's lands one in hospital 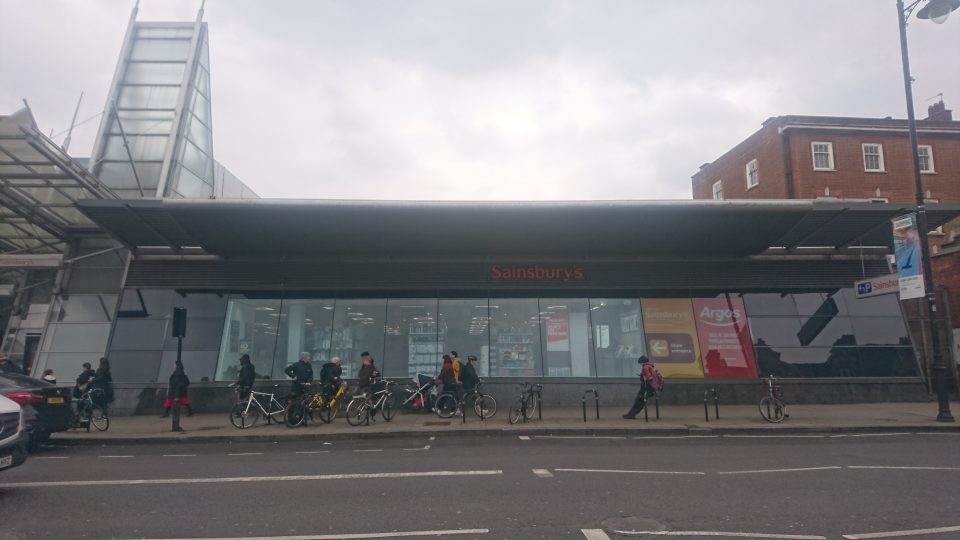 Sainsbury punch up sends one to hospital

An explosive fight broke out at a Sainsbury’s in Clapham after a man reportedly assaulted three members of staff, resulting in one requiring hospital treatment.

It is understood that the moment the arrested man was escorted out of the supermarket was captured on film and has been reported by the Mail Online.

Officers from the Met Police confirmed that they arrested a man at the Clapham High Street store at around 4pm yesterday afternoon (January 31).

In the video, a man is seen being forced out of the store by four people, but it is unclear whether they are members of staff.

The man is then pushed to the floor as he reaches the exit leading on to Clapham High Street.

The footage then appears to show the same man slap the woman who helped escort him out of the store while they are talking outside.

In retaliation, he is then punched by a person who appears to be wearing a Sainsbury’s badge before he is bundled to the floor and at one point kicked.

It is unclear, however, whether those involved are staff members or members of the public.

In further footage, a man can be seen sitting on the individual waiting for police to arrive.

A witness at the scene said: “He was shouting but I don’t think it’s fair how he is being handled.

“He says he hasn’t done anything and isn’t being violent or aggressive, but several security guards tackled him.”

The Mail Online reported that the incident allegedly began when a male customer was “abusive” to staff.

A spokesman from Met Police said: “Police were called at 4.12 pm on Sunday, January 31 to reports of a disturbance at a shop on Clapham High Street.

“Officers attended and were informed that three members of staff had been assaulted by a customer. One member of staff was taken to hospital for treatment.“A 48-year-old man was arrested at the scene on suspicion of assault and a racially aggravated public order offence. He was taken to a south London police station where he remains in custody.”