Person dies on train tracks between Cathays and Radyr in Cardiff

Feb 1, 2021 Person dies on train tracks between Cathays and Radyr in Cardiff 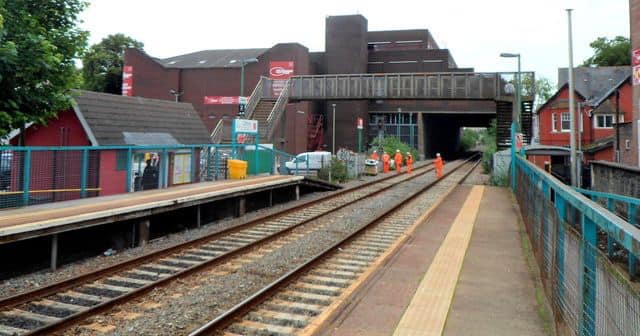 A person has died after being hit by a train in Cardiff on Sunday, January 31.

The incident happened on the line between Cathays and Radyr during the afternoon and emergency services were sent to the scene and the line was closed for several hours. Lines re-opened around 4.30 pm
.
Paramedics also attended however sadly a person was pronounced dead at the scene.
The incident is not being treated as suspicious.
Radyr resident Neil Grimshaw told Global247news what he heard and saw, he said: ” I was out walking the dog and a lot of emergency services and police flew past sirens blazing, I didn’t really think much of it at the time, it appears according to locals in the village it was sadly a suicide with a person being on the tracks, It’s the train driver I feel really sorry for, it must be a shocking experience”