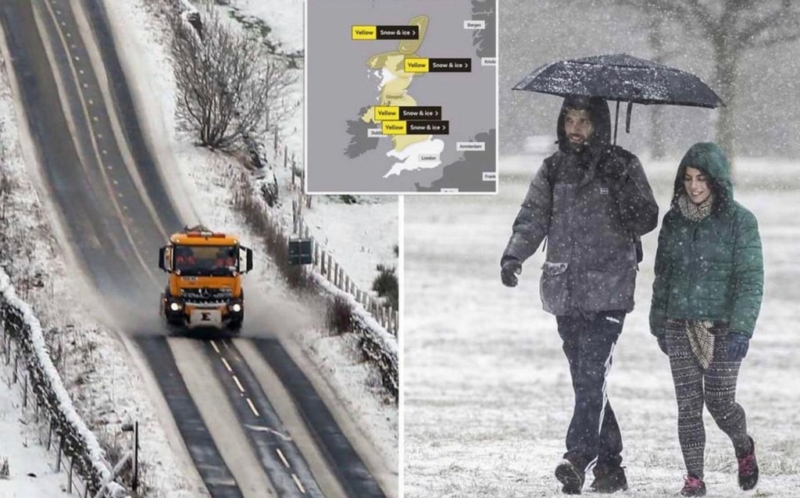 The Met Office has warned of heavy snow and ice warnings across the UK could hit harder than previously forecast.

The wild weather is expected to arrive within hours, according to yellow weather warnings.

Residents of Northern England, parts of the Midlands and southern and central Scotland are being warned to brace themselves for the wintry blast.

Up to 16in of snow could fall and freezing temperatures of -15C are forecast in Scotland and -6C in England as a blizzard sweeps in.

The Arctic freeze that has triggered six days of weather warnings – but the forecaster has removed the ‘severe’ alert for Northern Ireland, central England and North Wales after earlier fears the areas could face heavy downpours, snow and ice.

The number of flood warnings also reduced – from hundreds down to 58 affecting England. A yellow warning remained in place for northern England, parts of the Midlands and Scotland from Monday evening.