Eight UK areas to be tested door to door for COVID 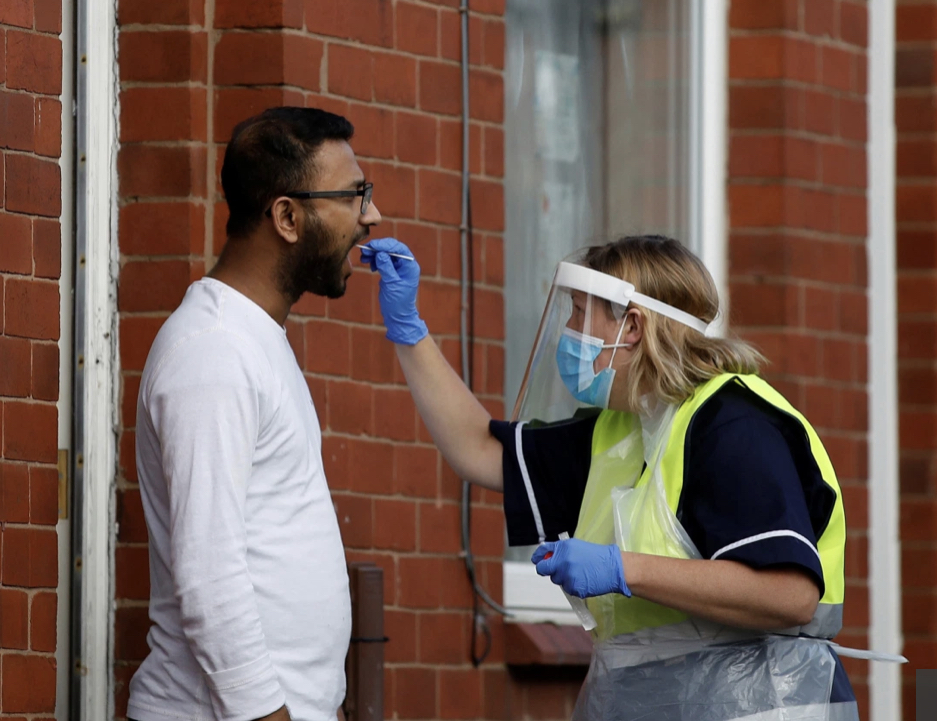 DOOR-TO-DOOR mass testing will be urgently rolled out in eight areas of England amid fears the South African variant of Covid has spread.

Health officials said 11 people have been identified over the last five or six days who have tested positive for the strain – but have no links to travel.

It suggests there may small pockets of spread in local communities of the new variant – with the possibility of further cases, Public Health England warned.

Door-to-door testing for 80,000 people will now be carried out in various parts of the country where the South African variant has been found.

Everyone over the age of 16 in eight postcodes will be urged to take a Covid-19 test – even if they don’t have symptoms.

Mobile testing units are being sent into the affected areas of London, the West Midlands, East of England, South East and the North West.

The mutation that emerged from South Africa, named 501YV2, is feared to be 50 per cent more contagious than the original strain but there is no evidence that it causes more severe disease.

Experts advising the Government said they do not believe the current vaccines would need to be tweaked to deal with any spread of the mutant strain.

So far, there has been a total of 105 cases of the South African variant in the UK and until now, all had been connected to travel from the country.

Experts believe the 11 new cases may also have second or third generation links to travel but detailed investigations have not identified any such links.

It is not yet known whether the Oxford University/AstraZeneca vaccine will be effective against the variant, although other vaccines have shown promising results.

Experts advising the Government said they did not think the current vaccines would need to be tweaked to deal with any spread of the South African variant.

Health Secretary Matt Hancock said: “It is vital that we do all we can to stop transmission of this variant and I strongly urge everyone in these areas to get tested, whether you have symptoms or not.

“The best way to stop the spread of the virus – including new variants – is to stay at home and follow the restrictions in place.